Blowing the cobwebs away

What a difference a day makes after yesterday! Today when I woke up, the sun was shining, the air was warm and Wriggles was banging the wall the get me to shake off my sleepy head. After a great deal of dithering, I decided to seize the day and go to my favourite haunt, the coast. It is my single favourite thing about Newcastle: the proximity to the sea.

So on the metro we hopped, and within half an hour we could taste the salt in the air, hear the seagulls screeching overhead and glimpse the blue horizon. After quickly stopping to buy a bucket and spade and go on the swings, we found a spot on Whitley Bay. I wasn't too sure how Wriggles would react to the beach, having only fleetingly been on one. She was cautious at first but very quickly indeed got stuck in.

We built sandcastles (and knocked them down again) 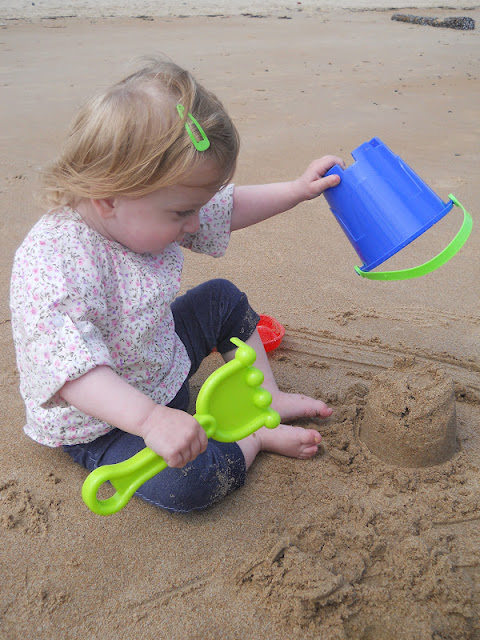 We explored rock pools, including sitting in them. 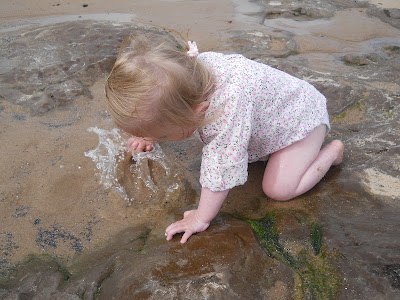 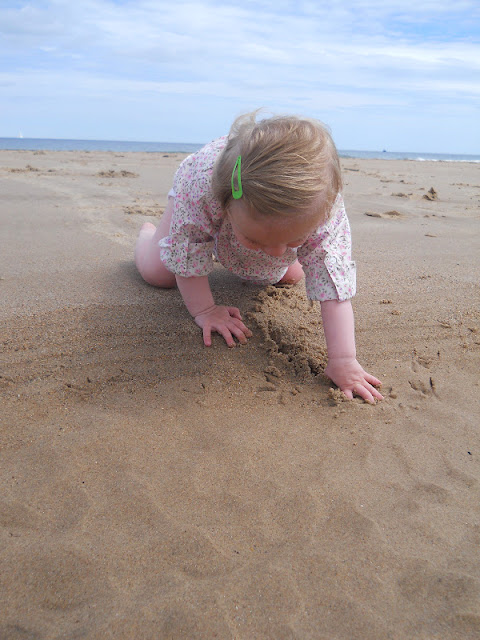 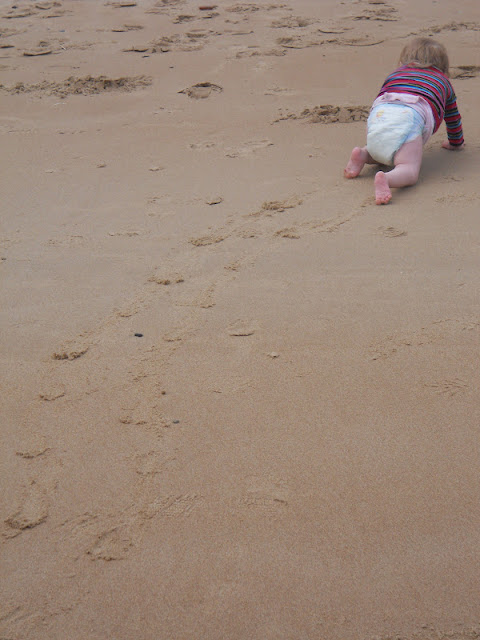 We practised taking some steps when being held onto very tightly (and were ever so proud). 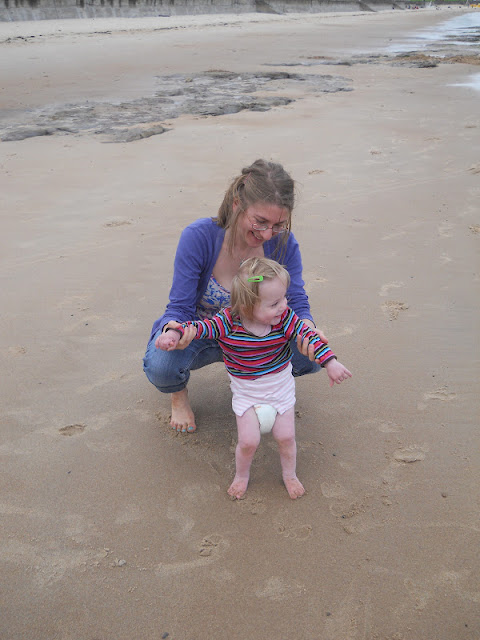 And we paddled in the North Sea. Wriggles adored it and wanted to crawl into the oncoming tide.I did put my foot down there and we settled for jumping over the little waves. 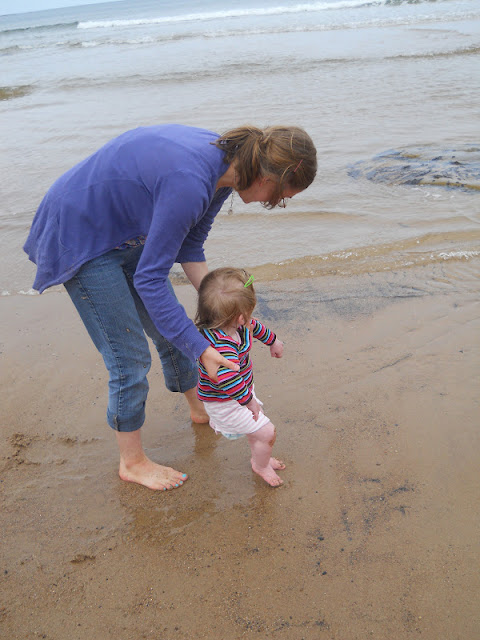 I think it did us both good to be out the house, somewhere new and having lots of fun. There was s much to explore, so much freedom and not a single plug socket to be told off for soliciting with. Our friend who lives by the sea came down to spend some happy hours with us and let Wriggles climb all the way up her and use her back as a drum. It's amazing what you can get away with as a baby. I love being a single parent, but nothing beats some good company to share exciting firsts and moments with, and I returned home with a spring in my step feeling revitalised to carry on the week.

Come on jetstream! Move quickly so all my days can be spent with sand in my sandwiches.