It has been a difficult end to last week. I want to dress it up and put a really positive spin on things, shrug my shoulders and say "hey ho, at least...." but I feel rocky and if I feel rocky, then Wriggles must feel very sorry for herself. She is hedgehog-ing away next to me in bed and my ears are a little bit afraid to sleep in case I don't hear her begin to rasp and wheeze, should it start up again. I'm not a hypochondriac, we have been in hospital. Yes, AGAIN. This cause: the common cold most probably.

It scares me that a cold renders my daughter terribly poorly.

It scares me to see her hooked up to monitors.

It scares me to see her suddenly dependant on oxygen and nebulisers.

I know she is bigger now, stronger, more robust. It's not that I am haunted by bad memories continuously exactly or that every nasal cannula brings me back in an instant to intensive care, be it neonatal or paediatric. But every time you see your child surrounded by tubes, wires and equipment, it chips away a little at your heart with the unfairness of it all. I know that despite the admissions, I do now have a take-home daughter but it doesn't stop the grief seeping back in when I thought it was shut out.

Most parents have the pleasure of seeing their children breathe in and out, wiping noses and bothering the GP. I, with thousands of others, have had the privilege of getting exclusive access to the club of parents who haunt the world of ambulances, spout medical terminology, have open access to hospital and being able to spot respiratory distress and jump on it. Or, try to jump on it only for your efforts to be futile. Best to get to hospital then double quick.

It is moving towards a diagnosis of asthma: although her bouts of respiratory distress are only connected to infections, either viral or bacterial, the fact that her episodes are quite severe when they do happen and respond to bronchodilators are key factors to the doctors. As one said, it could be that her preemie airways are hyper sensitive, it could be reactive airway disease, it could be recurrent RSV infections or it could be infant asthma: at this stage, as long as she responds to treatments when needed, what it is called right now is beside the point but it wouldn't hurt to throw a preventative inhaler of steroids into the mix to see if it helps. I am so glad that there is a plan of sorts forming now. It is a relief to know that both we are being taken seriously now and that people care about what happens to us. It is good to hear medical professionals saying enough is enough, this is getting silly.

As the NHS have been so kind to us, we earned our keep as normal by providing a case study for groups of new medical students. One of the doctors we have come to know well looked very pleased to see us as we ticked multiple boxes to pick the brain of his newest protégées. We patiently sat and recounted back the last 22 months to a circle of scribblers eagerly jotting things down and tried to ignore the sympathy in their eyes. What did slightly surprise me, was that more than one consultant this time was more open than they have been in the past. A lot of time it feels like has been put into persuading me I overthink some aspects which have been laughed off. But this time I finally found out that a) they officially have her down as globally delayed and b) they are still considering aspiration as a cause of respiratory troubles. These sound tiny things in the grand scheme, but somehow it is a relief to hear it in black and white. Global delay does not retract in any way from her progress that she has made and is continuing to make. Although it is a little surprise to hear that we are now getting names for things, it also makes me feel a bit more comfortable that finally we all seem to be on the same page so to speak. And just to prove that doctors don't know everything, we also did a brief class for the medical babies in sign language for small people!

And at last today, after a weekend of feeding my syringe and reliance on inhalers and calpol, it seems we have turned a corner.

Long may it continue. 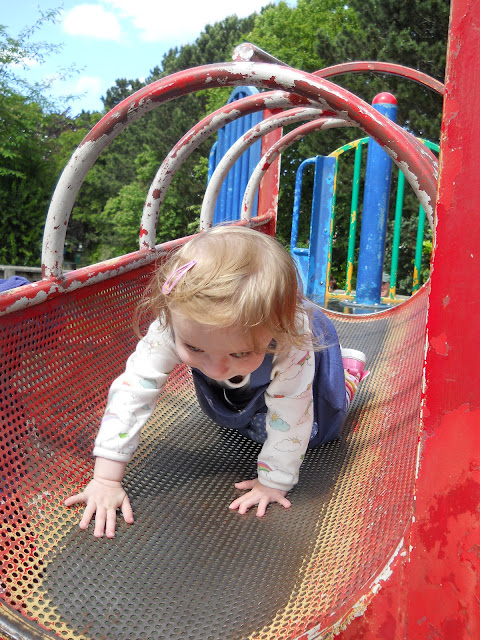 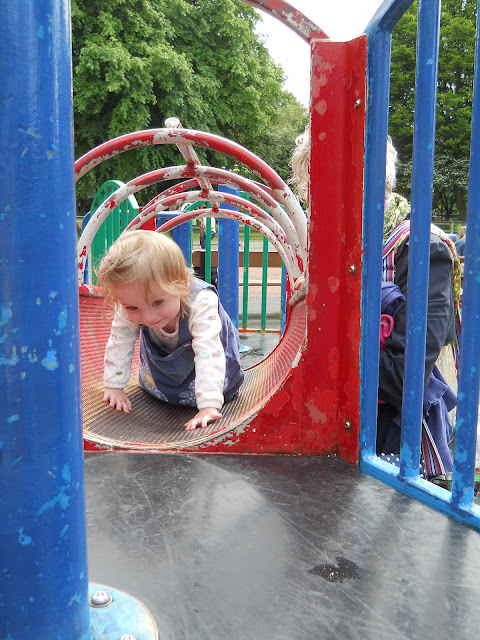