How did you get that big?

Human biology really is incredible. Two years ago I was hosting a cluster of fast multiplying cells. Today I have an energetic genuine human being crawling around and giggling. How does it happen? (Now settle down; I know how it happens, I do not need reminding) But how does one moments, one event, one relatively very small period of time, one meeting of people who may be very close or may barely know each other, how does that suddenly become another entirely different human being? How is it allowed without fireworks, a fanfare, something magical to mark that a new creation is taking place? I often wonder about it when I watch my daughter. I could just watch her all day, discovering new things. She has just worked out basic shape sorting and stacking toys and her new favourite game is "putting things on grown ups heads". It looks like she is trying to sock you in the eye with Rabbit; she is actually trying to give you a new hat. But how did that come out of something that seemed so insignificant at the time? When her father comes to visit, I often wonder if he thinks it to but isn't brave enough to say either. How did we, now so separate, make a truly wonderful person not just with ten fingers and ten toes but with a cheeky personality, a mind and a set of thoughts all of her own?
And how did she grow up so quickly, from a very vulnerable scrap barely bigger than an adult hand, into a ruffian that climbs up toilets? It amazes me and fills me with pride that someone who so very nearly wasn't here is now so big. Alright, not big. Relatively though compared to what she was. She has the face of a little girl now. Her physical memories of NICU are barely noticeable scars from cannulas, a very flat head from one side now hidden by wispy curls, a slightly squished nose and wonky-ish legs and hips. But they don't scream ill child. (Hear that Wriggles? No more blinking hospitals!) 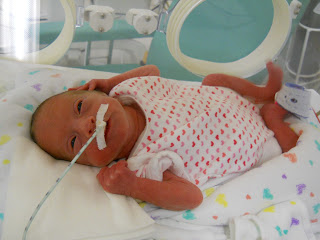 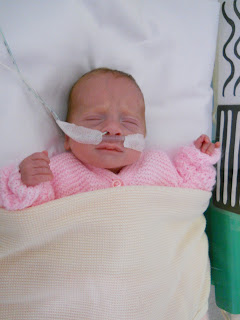 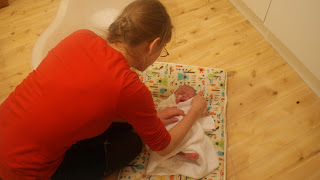 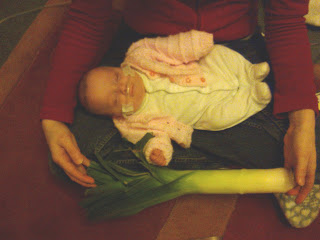 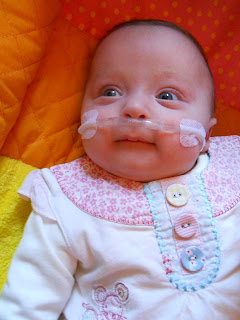 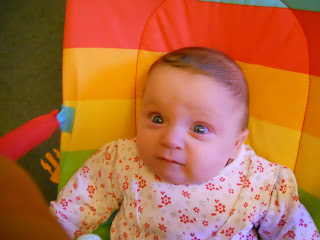 6 months old
Who would not be in love? 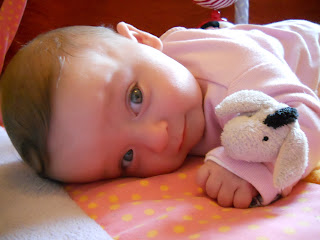 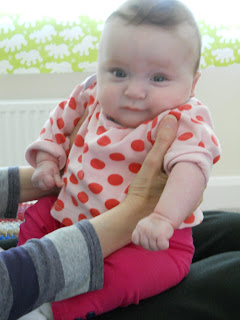 8 months old
A rare soar up the centile chart 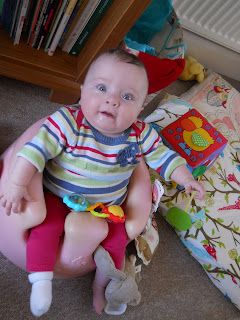 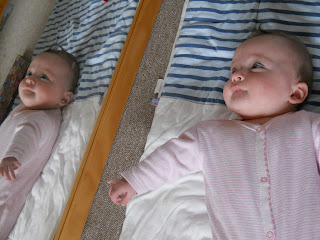 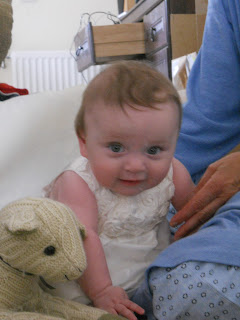 11 months old
Learning to push up 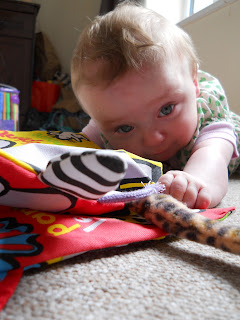 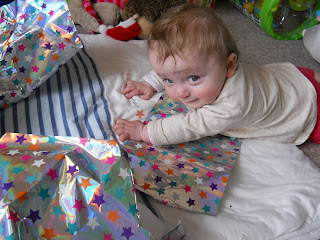 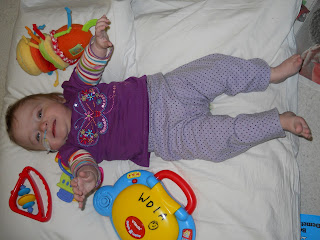 14 months old
Delicious shoes; can I have these instead of baby mush? 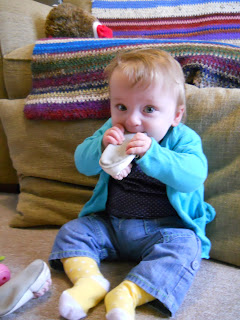 15 months old (1 year corrected)
Why buy presents when there is a box? 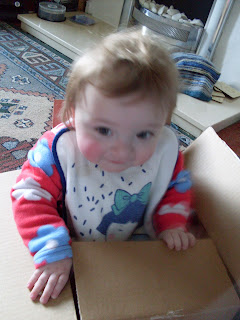 16 months old
Foray over the side of the sofa 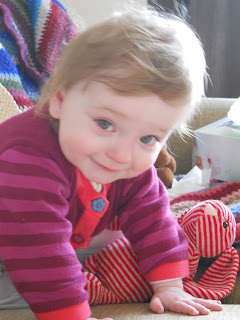 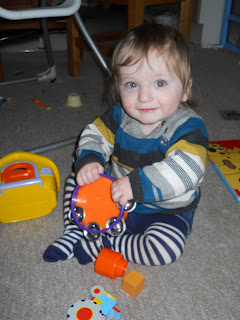 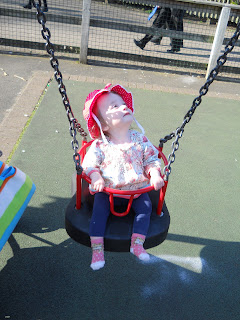 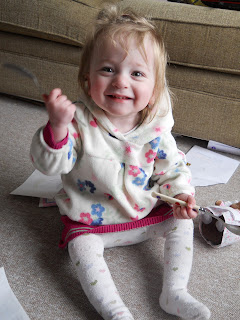