Cure for a Cold 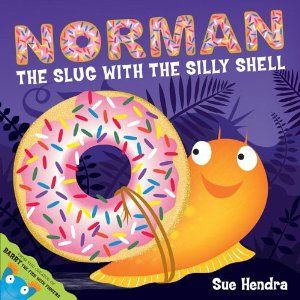 Wriggles is FULL of snot and quite rightly, grumps. It is rubbish having a cold. Part of my attempts at cheering up are reading lots of stories especially those with silly pictures and one such book is the wonderful Norman the Slug with a Silly Shell by Sue Hendra. I first found this through one of her other titles, Barry the Fish with Fingers which was one of my favourite books to read when I worked at Seven Stories and had to join in the daily storytelling. 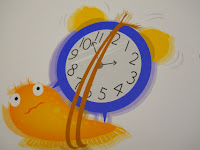 Norman is a ridiculous story about a slug who wants to be a snail. They are so colourful and fun and amazing and cool and brilliant and beautiful and....he can't join in. He just isn't the same, and has to just watch as they laugh and make snail-pyramids together. Then, one sad and lonely evening Norman has a great idea. He might not be a real snail but he could find a shell to join in the fun! He experiments with a range of ideas before hitting the jackpot.

And his dreams come true; the snails LOVE Norman and his new silly shell. Now he can join in to his hearts content. Unfortunately, the snails aren't the only one smitten with Norman's new shell. A peckish bird also has his eye on it and swoops down to spoil Norman's fun. Suddenly, being a snail isn't so much fun and Norman has to use his Slug Powers to escape. 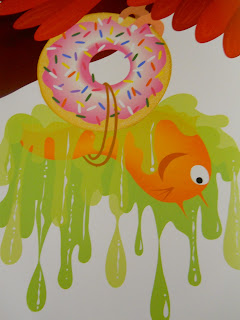 This a wonderfully silly tale which is as much about being yourself as it is about slugs, snails and doughnuts with sprinkles on. As much as we may be envious of other people, we all have our own special things which make us who we are and are perfectly suited to us. And of course, the snails realise in the end that Norman is still one cool slug, even when he is just being a slug. This should inspire confidence in young children who can see past the slug-snail storyline and provide plenty of giggles for everyone else inbetween. The bright, colourful graphics are eye catching and simple and provide plenty to talk about. 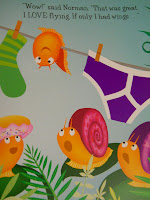 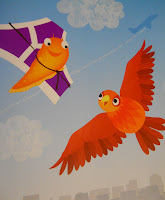 I introduced this book to my bookworm when she was probably only about five months old (two corrected) and would point out the colours, the shapes and the snails. At 13 months corrected she still does not have the concentration for the whole story but enjoys the pictures and "gets" the visual slapstick. It is a book I think that will grow with her as she gets older and has worries that her 'shell' might not be good enough, when of course it is the bestest in the whole wide world!