Recently I wrote about the tough separation that can occur when your child is ill, for the do something yummy campaign. This feeling of distance sadly shaped a lot of my early motherhood and still looms large in my mind now. It has made me both very grateful and also passionate about the support that families need; that I needed back then.

Being separated from your child is hell; I can't think of a way to dress is up. However, the one thing that can make it easier is kindness. Kindness and a bed as near as possible. And this is where the Sick Children's Trust is a light in the dark. One of the best things that they do is operate "Homes from Home." Around England, they have seven houses attached to major hospitals that help over 3,500 families every year.

No nurse, doctor or professional is normally any substitute for a parent. A parent’s presence is often worth any amount of analgesia, play distraction, interpreters or therapy. Children’s deterioration is normally spotted first by a parent and their recovery vastly enhanced by their presence.”
John Reid, Director of Nursing and Clinical Operations, Sheffield Children’s NHS Trust 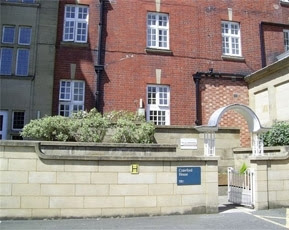 When Wriggles was in Intensive Care, I was lucky enough to be allocated a room in Crawford House, a 23-bedroomed house on the grounds of the hospital. As well as a variety of bedrooms, it had a lounge, kitchen, bathrooms and laundry room for families staying a while. All in all, I spent eleven days there: it felt a lifeline. However, knowing that I had a bed behind a private door, less than 5 minutes walk from my daughter and a telephone with a direct line to her bedside was a comfort. in fact, it was sanity saving. I knew from Special Care how sapping it is it return home night after night alone, how hard and expensive it is to go in and out and how home comforts mean nothing without your family. Crawford House kept me sane. It kept me on site so that if anything changed, which it would and very suddenly, I could be there immediately. It enabled me to have no limits to my time on the ward; if I wanted to stay into the early hours I could as it was safe to walk down the corridor, across the car park and into bed. No public transport. No drunks. No taxi fares.
In the kitchen we all had a cupboard so we could cook as well as live off hospital sandwiches and all the utensils and crockery were provided. Bath linen was provided and bedding in the rooms, and hairdryers and shavers could be lent out. In short, it was like a holiday cottage, bar the somber mood in the air. None of us were on holiday, we were all parents of very sick children. Some like me were alone, some in pairs, some had their whole family with them. the range of rooms meant that other children could also stay and there was a special playroom to accommodate this. There is no charge to stay, but it costs £27 per room per night to provide this service. I would not have been able to afford this for my stay, there is no question. I was able to give a donation but it was a far cry from the near £300 I would have otherwise owed. 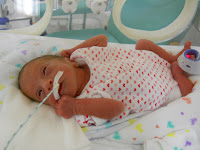 The houses have an 89% occupancy throughout the year, although in the time I stayed it was oversubscribed with a waiting list. The first night my daughter was in Intensive Care there were no beds but both I was reluctant to return home and the nurses were reluctant to let me, as she was so changeable. They snuck me into a spare cubicle on the paediatric ward we had been on previously under the strict premise that if there were any emergency admissions, I was bound for the all-night Costa Coffee. Thankfully the following day I received a call that a bedroom had become free. During my stay, some families were there throughout, others changed every few days. Some families came for operations, some for emergencies. I would estimate at least half of the families were those of a premature baby in the neonatal unit-were I have been just mere months ago. In fact, their latest project is for a large parent's house attached to a large neonatal unit in Cambridge. 'The Rosie Hospital' will help hundreds of families across the East of England and beyond, as sadly many babies are transferred sometimes hundreds of miles to access the medical care they need, often leaving parents uprooted and faced with a several hour long trip every day or an extensive hotel bill. 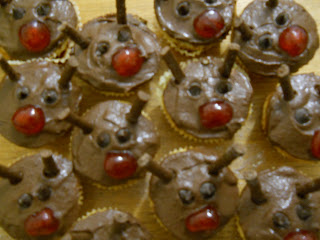 Why should you help? Because there are no guarantees: no one ever thinks that will be me. But if you have the misfortune to be 'that one', then you jolly well need support. Not want, need.
So what can you do to help? Many things! You can donate directly, use their shop or take part in The Big Chocolate Tea Party! Chocolate? Tea Party? Yes, thought you'd like it!
Make chocolate things, sell chocolate things, drink tea and have fun! What better way of raising money for a good cause? As the say goes, every penny counts. Just £25 would buy a brick for a new building project or a mere two cupcakes more would buy a night's stay! So what are you waiting for?? Whip out that apron, wash your best teapot and crack on with it!