In the last few days I have had a letter from my old paediatric social worker Fiona, telling me that our file is due to be officially closed. She has said she will always be happy to reopen the file and will always be happy to give advice off the record but as we have been without complex medical needs for over six months, for now that is us done and let loose into the big wide world. Although we have not been reliant on her for a long time, it still feels a bit like taking the stabilisers off.

I was first assigned Fiona when Wriggles was less than 24 hours old. In my NICU unit, all parents with children under a certain gestation or those that for one reason or another were clearly going to have an extended hospital stay, automatically were given a health-based social worker. This aggravated many already fragile parents at first, assuming that the referral was a comment on their parent skills or social status, but as it was stressed by the kindly team it was actually to support us and make the neonatal ride easier. I don't know if this is uniform across neonatal units or if it is a service that everyone would welcome, but personally I found it a lifeline. Fiona became a confidant, friend, financial adviser, fundraiser, housing officer, counsellor, advocater, personal organiser and voice of reason at very low times.
Yes, it was her job but she was very empathetic and I do believe she genuinely cared about Wriggles and myself and our welfare. Although I think I am relatively mature and together, the facts were that when I gave birth I was aged 23 years old and alone. I was a single parent and still am, and was 300 miles from my family. I had an unplanned pregnancy and unexpected birth and on top of that and most predominantly had a sick premature baby in intensive care. I was also slightly losing my mind. In the first few days of Wriggles' life and to a lesser extent to first few weeks, I became gripped with an adamant belief that I was not fit to parent. It went beyond self-doubt and impacted on me to the point I was reluctantly prepared to give away my child for her greater good to give her a better life. Removed from being up close to me in the way my family were, Fiona was able to be objective but also offer me valuable support that allowed me to unravel my messed up mental state. In rate, conversely to their job titles, she and adoption worker Mel became my greatest allies and in fact ended up being next to my overwhelming love for Wriggles, the driving force behind my realisation that I couldn't be parted from her and that I could do it, and could do it well.

Once I had calmed down and recovered from this initial sadness and extreme anxiety, Fiona and myself made sure that upon discharge we would have a suitable environment to go home to immediately and set the wheels in motion for a far better place to live. She helped me sort my job, as my contract had not even mentioned maternity rights let alone in the event of a premature birth or sick child. She stood by me to give me strength to negotiate part time hours to ensure I would be with my daughter as she grew up. She helped refund and subside travel costs to and from the hospital every day by applying for help from one of the local funds that help parents with children in intensive care. She found out my welfare rights and anything I was entitled to. When it became apparent Wriggles was going home on oxygen, she put me in touch with some wonderful people who helped provide emotional and practical support for a brief period. But more than all of these, she sat with me by the incubator, she held my hand and found to tissues to dry my tears. And above and beyond this, she believed in me. Having a social worker believe in you is so empowering. After my decidedly wobbly start, it gave me the confidence to love with abandon and find an inner ferocity to provide and protect my new bundle.

The sad facts are that whilst it may feel like in NICU your life has stopped as your day lives purely in the moment at the cotside sometimes hundreds of miles from home, life still goes on outisde. Bills, council tax, rent or mortage payments don't stop.
There are not always kind bosses with exceptional leave. At times like these it can make a real difference to have someone to help with these details which to you may seem insignificant but ignored may encourage complicated trouble down the line. 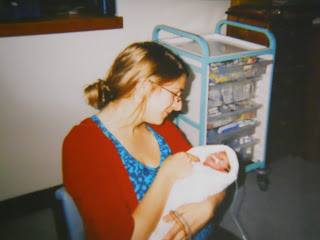 Thank you, Fiona and all other workers out there who help people to believe in themselves and manage the micro-details to allow parents to live for the important moments like these: